I started the keto diet about a week ago. I know, I know, this sounds crazy coming from an Italian who grew up eating pasta basically everyday. So obviously, after a week of restricting pasta from my meals, I wanted an alternative to trick my mind into thinking I was eating pasta to be satisfied. I was recommended to try palmini by a friend on Facebook and that is how this keto carbonara using palmini linguine came about. I followed the same instructions as I would for regular carbonara, but switched the pasta for palmini and guanciale for bacon.

So, after eating pasta my whole life, how can this be a problem now? Well to be honest, now that I am in my thirties, I can’t get away with eating whatever I want, unfortunately. After the health enlightenment of the year 2020, I became hyper aware of what I was feeding my body and started researching how to better fuel my body for longevity. This meant cutting sugar and building an exercise routine. Both were easy enough, as I like to get in daily movement and I am not a fan of sweeteners and sweets in general. But when I realized that carbohydrates get broken down in your body in the form of glucose, I knew I had to pay attention to what I was eating. Pasta, rice and bread were in every meal I had each day without even realizing.

I wanted to give keto a try to see how my body would feel using fat for energy instead of carbs for energy. It was not easy those first few days. The keto flu is a real thing! I felt tired and sluggish and as if my brain was functioning somewhere outside of my head. To help with the sluggishness, I added MCTs into my coffee each morning and now a week later, I feel great and energized while I workout while fasted in the morning before I make my low carb lunch. Also, no bloating after eating is a plus! I plan on following a keto lifestyle for a couple of weeks and then slowly incorporating pasta and bread sporadically through my week of meals. I do love how I am feeling eating way more fresh veggies and greens, so I feel like I will need to stick to that moving forward. And I will definitely be making this keto carbonara using palmini linguine many more times in the future! 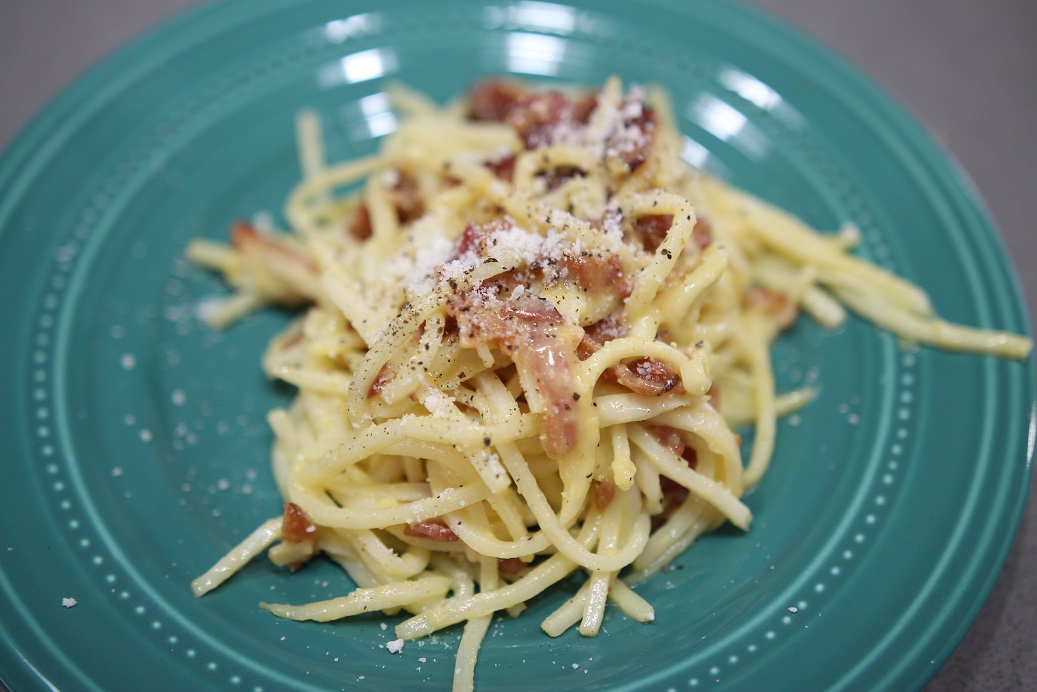